Trailer; There’s Something Wrong with the House on Willow Street

A new trailer has been unleashed for the supernatural abduction thriller House on Willow Street and it shows that there is something seriously demonic lurking in the depths of that home. Following a group of captors that abduct a young woman, House on Willow Street shows that they are likely to be the ones in danger when the woman starts exhibiting some strange behaviours. 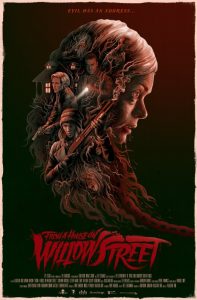 The trailer boasts impressive visuals and a bold style that is similar to Fede Alvarez’s Evil Dead and stars You’re Next’s Sharni Vinson in another badass role.. If the full film can maintain a similar fast pace and sense of urgency, as well as delving into the mysteries of this woman and the house on Willow Street, then we could be in for an exciting, unnerving and refreshing ride into supernatural terror.