A lively new trailer and one-sheet for Tom Cat Films’ latest creature feature Monster-Zilla has just been released. Yes, we know it’s gonna be silly but we all know we’re still gonna watch it upon it’s 2015 release.

Synopsis:
Two Navy SEALS, Trevor and Doug, are sent to an abandoned island in search of a “package,” but instead of being the hunters, they find they are being hunted. During their escape they come across a camera left in the hands of a dead man. After taking refuge the two men watch what’s on the film and see the story unfold from the point of view of a young man named Garrett; taking in the fun of spring break, along with meeting Garrett’s fellow college age travelers. As the story progresses, we learn more about each of the college kids on break, and that there is a creature on the island that’s big and hungry.

Knowing they’ll have little time on the beach to gather the “package” before possibly being hunted, the Navy SEALS grab up their gear and head out to complete their assignment. Unfortunately, when they hit the beach, the one thing they hadn’t thought about actually happens. The creature has young that are now fully grown and, hunting as a pack, are now after them. A sudden twist takes place when another camera in a secret location shows that Trevor and Doug are being watched from the unseen force that sent them there in the first place. It seems that while the SEALS were watching the video of what happened to the college kids, someone else was watching the SEALS on their own video feed. Perhaps there’s a monster out there far worse than the one’s hunting them.

Look out for Monster-Zilla stateside from Spring 2015. 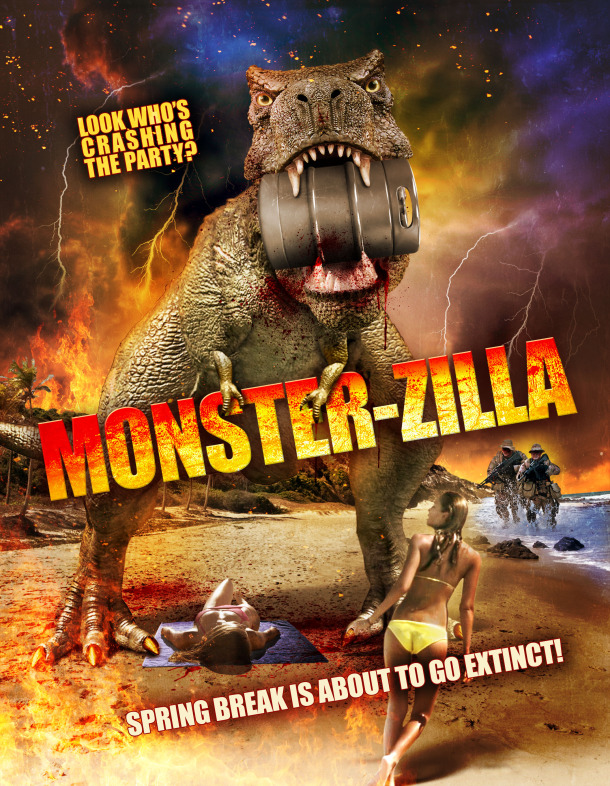