A new trailer for Kevin Smith’s upcoming horror TUSK is now available and you can check it out below along with the official one-sheet. TUSK is about a man tortured, physically and mentally and tuned into a walrus.  TUSK will be released across US theatres on September 19th. The film will be the first in a new series that Smith refers to as ‘The True North Trilogy.’  The film stars Justin Long (Jeepers Creepers, Drag Me to Hell), Haley Joel Osment (The Sixth Sense, Pay it Forward), Genesis Rodriguez (Man on a Ledge, Identity Thief), Michael Parks (Red State, From Dusk Till Dawn) and Ralph Garman (Ted, A Million Ways to Die in the West). 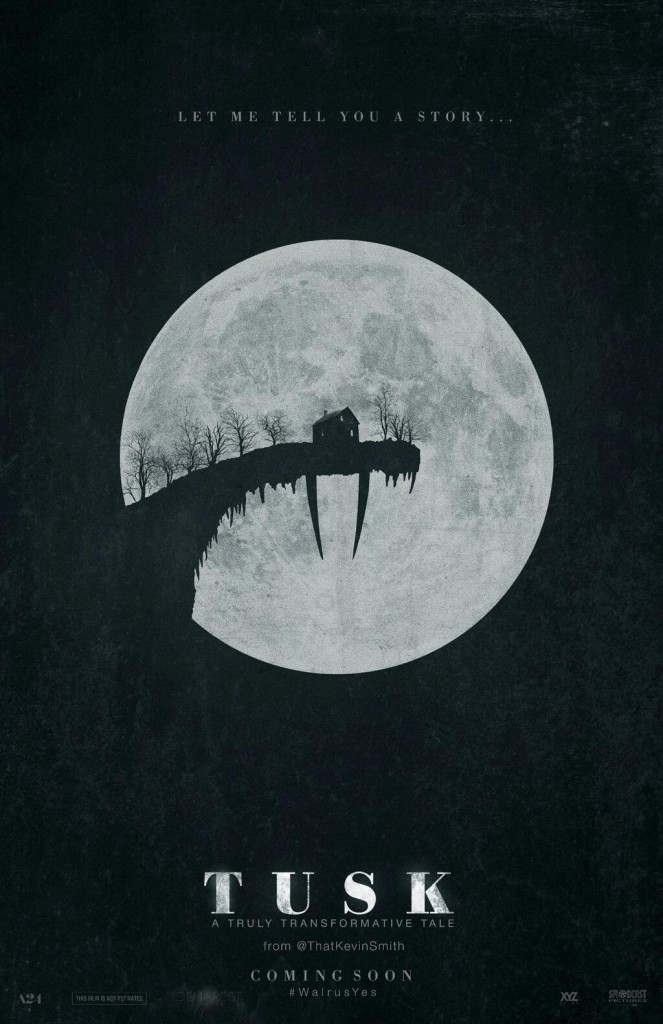