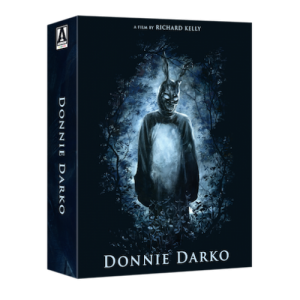 BFI also plans to show Donnie Darko in 4K on 17th December followed by a Q&A with the film’s writer-director Richard Kelly. This will be a great opportunity to see the film on the big screen if you haven’t been able to do so already.

For now, check out the stunning trailer below and re-live all those wonderfully bizarre moments from Donnie Dark that you’ve probably forgotten about.

The 4k release of Donnie Darko will feature the original version and the director’s cut. It will be released on 12th December 2016, but you can pre-order it from Arrow right now.