New Trailer and Release Date for Blue My Mind 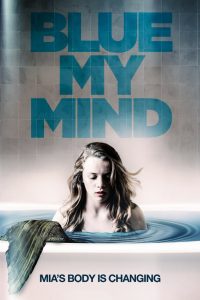 There’s something fishy going on in the trailer for Blue My Mind. The film follows a young teenager as she undergoes strange changes after getting her first period. It looks like Switzerland’s answer to Raw and has Lovecraftian elements that are very icky.

Synopsis:
15-year-old Mia is facing an overwhelming transformation which calls her entire existence into question. Her body is changing radically, and despite desperate attempts to halt the process, she is soon forced to accept that nature is far more powerful than her.

Blue My Mind is the directorial debut from Lisa Bruhlmann and it looks like it’s going to be a striking one. You’ll be able to catch the film when it hits VOD on 13th November 2018.