While we wait for the fourth season of Stranger Things to emerge from the Upside Down, a new comic book mini-series will be coming our way! Called Stranger Things: Kamchatka, the four-issue series hails from Dark Horse Comic and was written by Michael Moreci (Wasted Space), with art from Todor Hristov (Stranger Things: Halloween Special One Shot), colour by Dan Jackson (The Strain), and lettering from Nate Piekos (The Umbrella Academy).

In Stranger Things: Kamchatka “a Russian scientist is kidnapped by Soviet troops, leaving nothing for his two teenage children but a mysterious case and a whole lot of questions. While their father is dragooned into weaponising a monster brought back from the US, the two teenagers embark on a harrowing and perilous journey to find him, with help from an unlikely ally: an old but extremely deadly former KGB spy.” 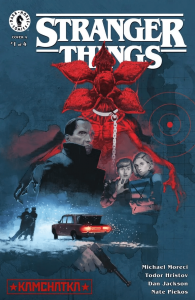 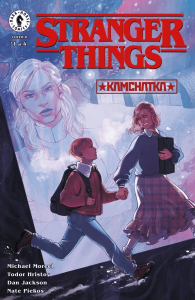 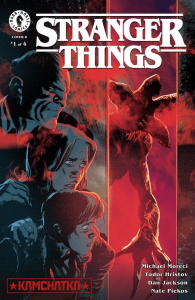 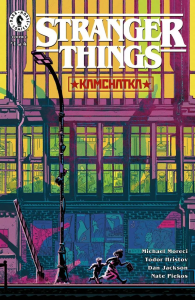