Set to premiere at this year’s Fantasia International Film Festival is Mohawk, the second film from director Ted Geoghegan, who made such an impact with 2015 debut, We Are Still Here. This week, EW has scored two new stills from the film, which stars Hemlock Grove’s Kaniehtiio Horn (seen in one of the images) and Justin Rain (TV’s Defiance) as young Mohawk warriors who must call on supernatural forces to battle a revenge-hungry band of American soldiers. The film also stars Noah Segan (Starry Eyes, The Mind’s Eye), WWE star Jon Huber and Ian Colletti (Preacher). 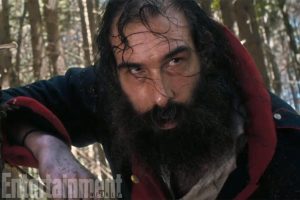 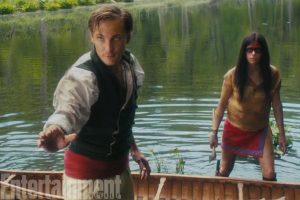 After one of her tribe sets an American soldiers’ camp ablaze, a young Mohawk finds herself pursued by a ruthless band of renegades bent on revenge. Fleeing deep into the woods, Mohawk youths Oak and Calvin confront the bloodthirsty Colonel Holt and his soldiers. As the Americans seem to close in from all sides, the trio must summon every resource both real and supernatural as the brutal attack escalates.

Mohawk also stars Eamon Farren (Twin Peaks), Ian Colleti (Preacher) and Ezra Buzzington (The Hills Have Eyes, Crossbones). It sees Geoghegan re-team with We Are Still Here producers Greg Newman and Travis Stevens, who between them have producing credits on Starry Eyes, House of The Devil, Cheap Thrills and Stake Land among many others.