It’s made me very happy to see heavy metal and horror uniting again in recent years, with the likes of Deathgasm and The Devil’s Candy wowing festival audiences everywhere. Those hungry for more outlandish gore and heavy-fukkin-metaaalllll (and who isn’t?) can look forward to Ron Carlson’s Dead Ant, which premieres at the upcoming Screamfest Horror Film Festival, taking place at Hollywood’s TCL Chinese 6 Theatres from October 10th to 19th. Check out some brand new stills from the film, together with the trailer, released earlier this month. 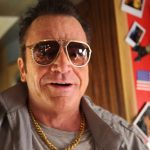 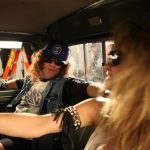 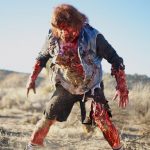 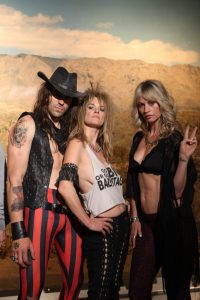 Dead Ant follows one-hit-wonder glam-metal band Sonic Grave as they embark on a trip to Coachella in the hopes of a comeback. A quick, psychedelic stop off in Joshua Tree ends such plans however, when the band are set upon by an army of giant, killer ants.

Here’s hoping for a wider release next year.