New Poster for Surrealist Nightmare Flesh of the Void

It was announced this week that James Quinn’s experimental deathtrip Flesh of the Void will be making its world premiere at the Nightmares Film Festival in Columbus, Ohio in October. Right now though, we have a brand new poster for you, and it’s entirely consistent with the imagery we’ve seen thus far. 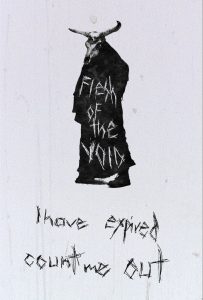 Quinn’s nightmarish mindfuck consists of 80 minutes of fragmented scenes and images which aim to depict what death may feel like or, more specifically, as Quinn says, “…what it could feel like if death really were the most horrible thing one can experience.”

Inviting comparisons to cult German director Jörg Buttgereit (and particularly his 1989 meditation on death Der Todesking), the film is described by production company Sodom & Chimera Productions as “80-minutes of pure Hell,” and a “non-linear, psychedelic nightmare.”

Flesh of the Void was shot mostly on expired Super 8 stock and 16mm film. It was shot in fragments, with certain sequences shot by Italian filmmakers David Chance Fragale, Sonia Secchi and Emiliano Guarneri. The actors all remain anonymous, with their faces mostly obscured by masks, bags or makeup.

We’ve been reporting on this one for a while now, and it’s something I’m foaming at the mouth to see. 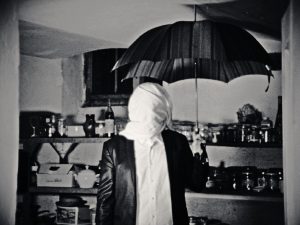 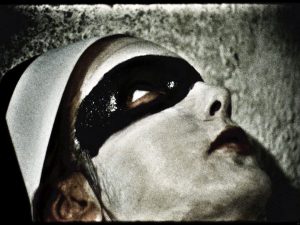