We’ve been a little bombarded with promotion for Andrés Muschietti’s It of late, but that’s more than fine by me. With the long-awaited adaptation of Stephen King’s 1986 classic arriving on September 8th, this latest poster, showing Pennywise handing a balloon to little Georgie Denbrough, has just been released. As well as the poster, look below for a high-res version of a stunning shot of Pennywise that recently appeared online. 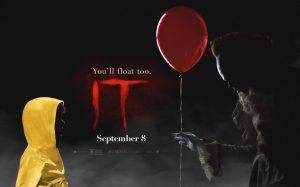 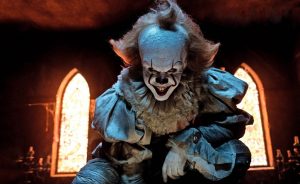 Various recent trailers have only served to increase excitement, showing us plenty of moments familiar to those who know the book and suggesting a far richer, more faithful adaptation than the half-baked 1990 miniseries. The casting choices also look to be spot-on, with not just the Losers’ Club but Bowers’ gang looking just how you’d hope.