With the Bill Moseley-starring Crepitus now reportedly very close to completion, a new poster has been released. Check it out below. 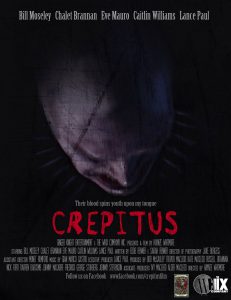 One of the more enticing of the numerous killer clown flicks released over the last year or two, Crepitus stars horror icon Moseley as the cannibalistic titular jokester, introduced earlier this year in the film’s seriously nasty trailer. 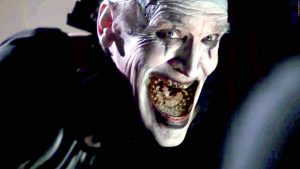 Seventeen-year-old Elizabeth and her younger brother, Julian, are thrust into circumstances more terrifying than life with their abusive, drunken mother when they are forced to move into their deceased grandfather’s house. Frightened beyond belief, they are forced to learn horrible things about their family history. Never mind the ghosts in the house; there is something far worse that takes an interest in them… a cannibalistic clown named Crepitus.

We can probably expect a release early next year.