New Poster Art Revealed For Hammer Film’s The Quiet Ones

The new poster art for Hammer’s upcoming Woman In Black follow-on THE QUIET ONES has been revealed today (see below). The film which is directed by John Pogue and sees Jared Harris (Sherlock Holmes: A Game of Shadows) starring alongside Sam Claflin (The Hunger Games: Catching Fire), Olivia Cooke (Bates Motel) and Erin Richards (Being Human)…

A university student (Sam Claflin of The Hunger Games: Catching Fire) and some classmates are recruited to carry out a private experiment — to create a poltergeist. Their subject: an alluring, but dangerously disturbed young woman (Olivia Cooke of Bates Motel). Their quest: to explore the dark energy that her damaged psyche might manifest. As the experiment unravels along with their sanity, the rogue PHD students are soon confronted with a terrifying reality: they have triggered an unspeakable force with a power beyond all explanation.

The Quiet Ones opens in the UK on April 11th and across in North America on April 25th. 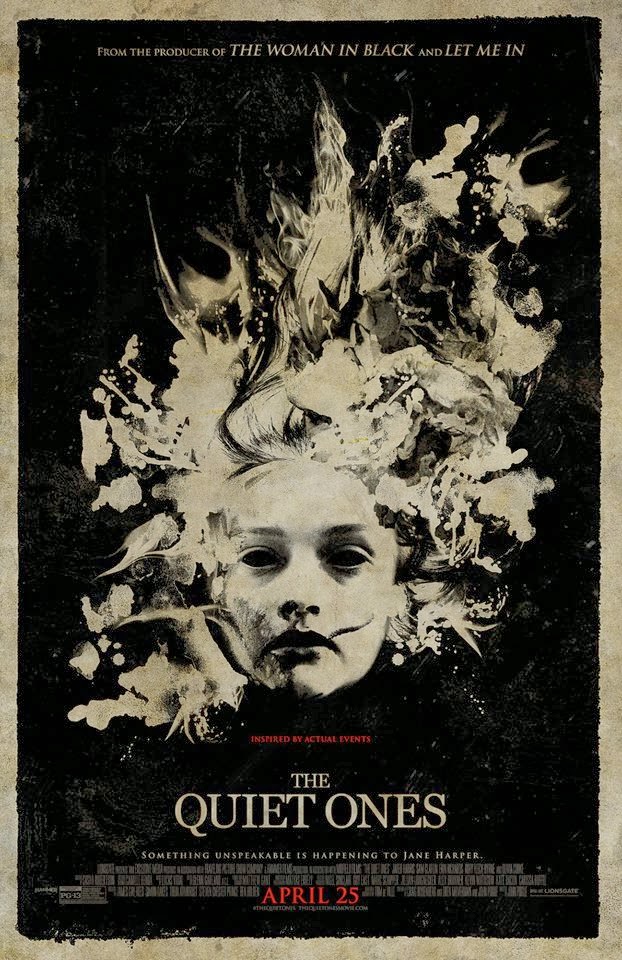