New Poster for The 9th Life of Louis Drax

A new poster has been unveiled for Alexandre Aja’s The 9th Life of Louis Drax and it’s another stunning one. It’s dreamy and subtly unsettling as it focuses on the main incident in the film; a young boy plunging off the top of a cliff on his birthday. 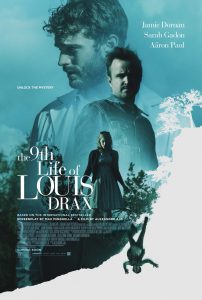 Synopsis:
After surviving eight near-death accidents throughout his unlucky life, Louis Drax [Aiden Longworth] plunges off a steep cliff on his ninth birthday. While police investigate the cause of Louis’ near-fatal fall and the whereabouts of his violent father Peter [Aaron Paul], acclaimed neurologist Dr. Allan Pascal [Jamie Dornan] uses unorthodox techniques to try to tap into the boy’s unconscious mind and reveal the truth about the events that led to his condition. But as he’s drawn deeper and deeper into the mystery of Louis’ seeming ability to cheat death, the doctor finds himself falling for Louis’ mother, Natalie [Sarah Gadon]. As new clues emerge in the case, a shocking revelation changes the fates of Louis Drax and everyone around him.

The poster encourages us to unlock the mystery and you can continue to do so by taking a look at the trailer below. It sets a poignant and thoughtful tone and is a sharp shift in direction for director Aja, but we are definitely interested to see what it’s like.

The 9th Life of Louis Drax will be released in the USA on 2nd September and the UK on 9th September.