New images have arrived from the film adaptation of Stephen King’s 2006 novel Cell, which is due to screen at Glasgow Frightfest this month, ahead of a wider release later in the year. They show John Cusack as Clay Riddell, Samuel L. Jackson as Tom McCourt and Isabelle Fuhrman (Orphan, The Hunger Games), who plays Alice Maxwell. The film will also star veteran actor Stacy Keach and Joshua Mikel, of The Last Shift and Intruders (shown at last year’s festivals as Shut In), and is rumoured to feature a cameo from Troma President and Creator of The Toxic Avenger, Lloyd Kaufman. 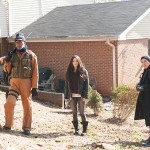 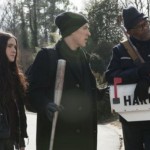 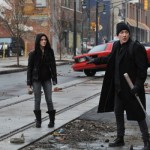 While Cell may not be King’s most celebrated work, the film, with a screenplay written by the author and a particularly strong cast, could well be a winner. The synopsis reads:

When a powerful signal is broadcast across mobile networks worldwide, cell phone users’ minds are instantly and dangerously re-programmed. Heading north through New England in search of his wife and son, Clay Riddell (Cusack) is joined by a group of survivors hoping to fend off the bloodthirsty and hyper-connected “phoners.”

Cell is directed by Paranormal Activity 2’s Tod Williams and written by King, with script revisions performed by Adam Alleca, who scripted 2009’s Last House on The Left remake. It sees Cusack and Jackson reuniting having previously worked together on 1408, another King adaptation, based on his short story.