A host of images have been unveiled for the social media thriller series PrankMe which stars Girl Meets World’s Corey Fogelmanis. PrankMe will follow Jasper Perkins (Fogelmanis) as he is transformed from an online star and prankster, to and crowd-sourced murderer. 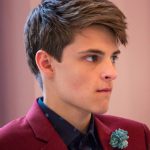 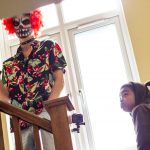 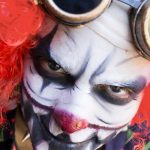 It certainly sounds like a story for the ages and you can check out the crazy teaser for the series below. It briefly shows Jasper’s spiral into madness as his fame leads him to go to extreme lengths to entertain his audience. But what happens when the people watching become accomplices to murder?

PrankMe will be available exclusively on Fullscreen from 28th September and comes from director Hazel Hayes (Super Brainy Zombies).