New Images from Revenge are Sweet

Revenge can be sweet and these new images show that a deadly game of revenge can also be set against a beautiful backdrop. The images show a gorgeous desert landscape, but the film’s concept is anything but attractive. 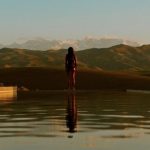 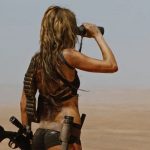 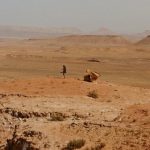 Revenge follows three married men trying to let off steam in a desert canyon, but things get out-of-hand when they come across the arousing Lolita. After being left for dead, Lolita vows to hunt down her attackers and give them what they deserve.

It sounds like a modern spin on I Spit on Your Grave and we’re excited to see Lolita give a trio of horrid men their just desserts.

Revenge will screen at the upcoming TIFF in the Midnight Madness section and stars Matilda Anna Ingrid Lutz in the lead role.