New Images from Clowntown get Crazy

Killer clowns are crazy and these new images from Clowntown show some of the insanity that awaits us when the film hits select US screens next month. The film will be the directorial debut of Tom Nagel and will follow a town that is tormented by a gang of violent clowns, based loosely on the true events that occurred in Bakersfield in 2014.

Check out the crazy images below, which showcase the film’s glorious neon colour palette and the creepy-looking make-up the terrifying clowns will be donning. With Rob Zombie’s 31 due to be released on VOD in the US on 16th September, there’s a great clown-tastic double bill of insane horror waiting for us. 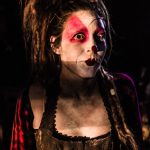 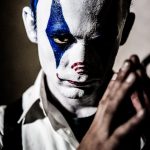 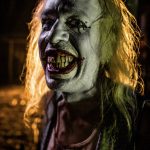 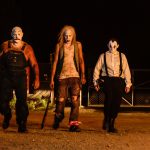 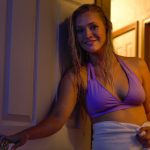 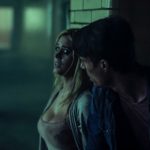 Clowntown stars Brian Nagel, Lauren Elise, Andrew Staton, Katie Keene, Jeff Denton and Greg Violand. After a short theatrical run, Clowntown will be unleashed on VOD and DVD on 4th October in the USA. The film is available to buy in the UK right now, so what are you waiting for?