New Image of Christina Hendricks in The Strangers: Prey at Night

A new image from upcoming, long-awaited sequel The Strangers: Prey at Night has just surfaced, courtesy of USA Today. It doesn’t give us a whole lot to work with, so here also, is the newest poster for the film, which hits cinemas on March 9th, 2018. 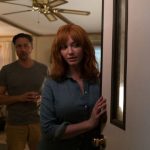 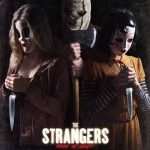 The sequel to Bryan Bertino’s 2008 hit home invasion flick that we thought we’d never see, the film reunites us with masked psychos Dollface (Emma Bellomy), Pin-up Girl (Lea Enslin) and Man in the Mask (Damian Maffei) as they torment a new set of victims including Don’t Be Afraid of the Dark’s Bailee Madison, as well as Christina Hendricks (seen in the new pic), Lewis Pullman and Martin Henderson.