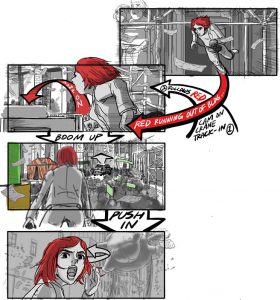 A new image has been released from Bong Joon-ho’s (The Host) latest creature feature Okja and it shows Lily Collins on the run. There is also a sneaky look at a storyboard which shows the original images that the scene is based on.

Unlike Joon-ho’s The Host, the director wants us to know that this is not a monster movie. There may be an unknown animal at the story’s centre, but Joon-ho is more concerned with focusing on ideas surrounding Capitalism. He said: “On Wall Street, it’s the heart of capitalism. On the surface is a story about an animal, but it’s essentially a story about capitalism.” Some scenes from the film were shot in Manhattan’s Financial District and the film ultimately follows a young girl – Red (Collins) – as she tries to stop a multi-national company from stealing her best friend, Okja. 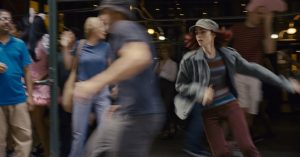 Okja will be released on Netflix in the summer of 2017.