Halloween Kills is currently set to release in theatres on October 15th, 2021—and while we wait for a new trailer, Empire Magazine has shared a new still from the film that shows a slightly crispy Michael ready to continue his reign of terror. 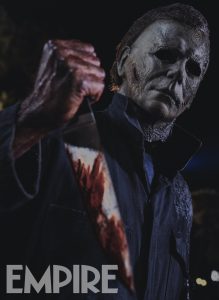