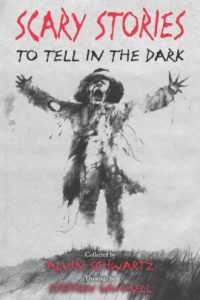 Scary Stories to Tell in the Dark, the feature film adaptation of Alvin Schwartz’s teen book series, is coming to the big screen on August 9th. But before then, you can learn more about the controversial history of the books themselves with new documentary, Scary Stories.

Distributed by Wide Eye Releasing, the documentary celebrates and dissects the three-volume book series, which was repeatedly banned due to its macabre themes and frightening illustrations by Stephen Gammell. Featuring more than 40 interviews from Schwartz’s family, fans, folklorists, fellow horror authors like R.L. Stine, and more, the documentary considers the huge impact the books had on the cultural imagination.

Scary Stories is directed by Cody Meirick and will hit select U.S. theatres on April 26th. It will also be available on VOD starting May 7th, with a DVD release set for July 16th.