I Kill Giants is the upcoming film adaptation of the comic series of the same name. Written by Joe Kelly – who is also the scribe of the screenplay – I Kill Giants follows a young teen that immerses herself in the world of fantasy. However, when her fantastical monsters break through into the real world, her fiction becomes a far scarier reality. 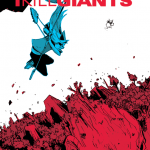 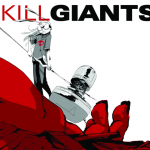 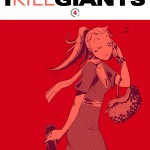 The new clip – which you can watch below – shows Barbara Thorson (Madison Wolfe) and her friend Sophia (Sydney Wade) in the forest hunting the supposed giants that Barbara believes are real. Sophia is less than impressed, but you can tell that her belief is wavering.

I Kill Giants comes from director Anders Walter and marks his feature length directorial debut. If the film can muster the same level of emotion and fantastical horror, then this could be this year’s A Monster Calls. The cast additionally features Zoe Saldana, Imogen Poots and Jennifer Ehle.

I Kill Giants recently screened at TIFF to mostly positive reviews, so we look forward to seeing it on general release soon.