New Character Posters Revealed For From Dusk Till Dawn: The Series

Based on the thrill-ride film, “From Dusk Till Dawn: The Series” is a supernatural crime saga centered around bank robber, Seth Gecko (Cotrona) and his violent, unpredictable brother, Richard “Richie” Gecko (Holtz), who are wanted by the FBI and Texas Rangers Earl McGraw (Johnson) and Freddie Gonzalez (Garcia) after a bank heist left several people dead. While on the run to Mexico, Seth and Richie encounter former minister Jacob Fuller (Patrick) and his family, whom they take hostage. Using the family RV to cross the border, chaos ensues when the group detours to a strip club that is populated by vampires. They are forced to fight until dawn in order to get out alive. The series deepens the tone of the film, adds new characters and backstories and expands the Mesoamerican mythology behind the creatures inside the club.

‘From Dusk Till Dawn: The Series’ premieres on the El Rey network on March 11th at 9:00pm ET/PT. Check out the 5 character posters below. 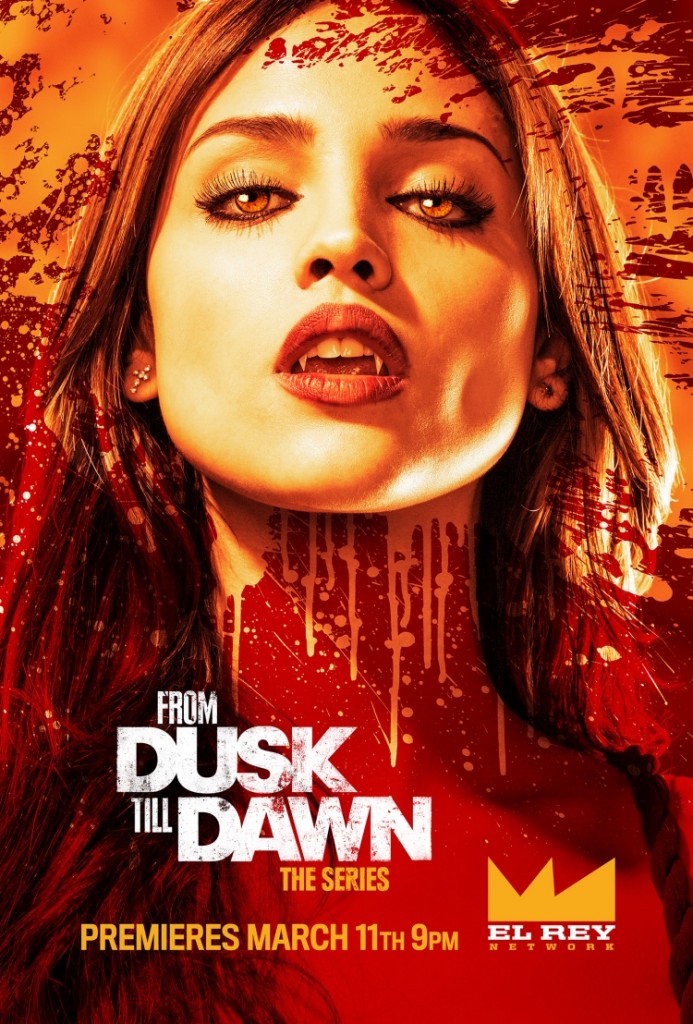 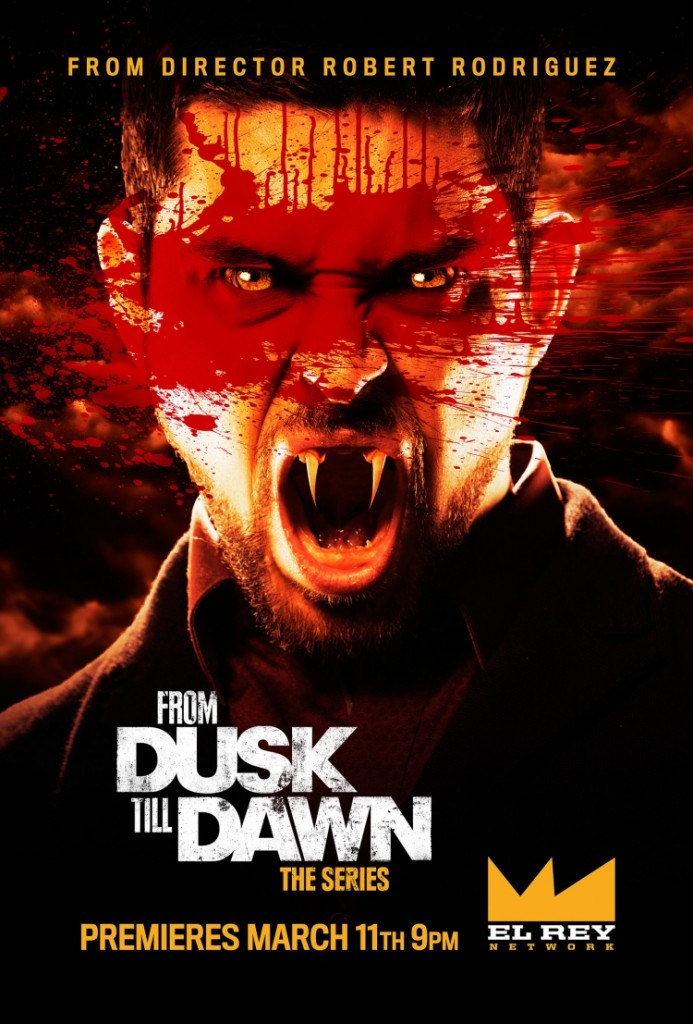 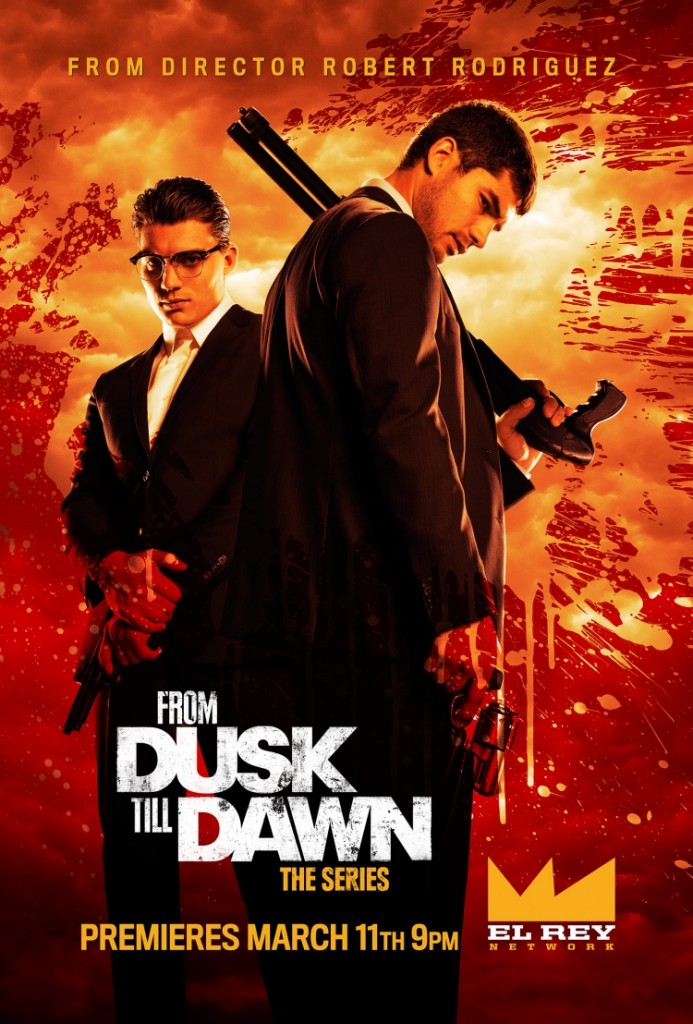 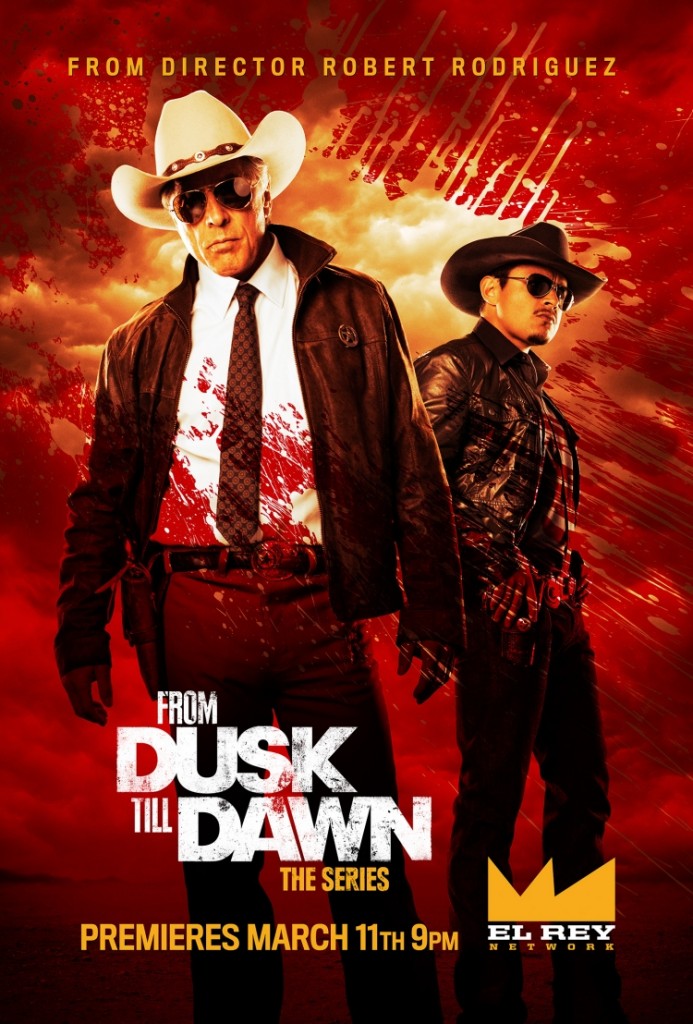 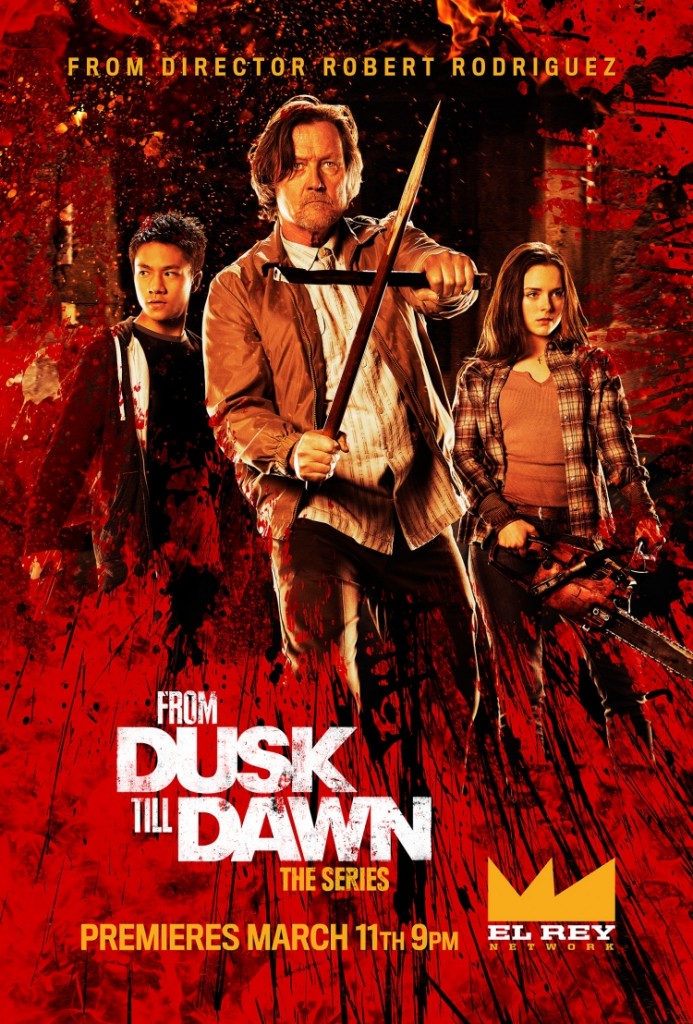