Arriving in theatres and on VOD this week is Derek Lee and Clif Prowse’s new found footage horror AFFLICTED. A new alternative poster from the production has been revealed online today too and you can check it out below. Co-writers and directors Clif Prowse and Derek Lee both star along with Baya Rehaz. Check out the new poster below.

Synopsis:
Two best friends set out on the trip of a lifetime around the world. Their journey, documented every step of the way, soon takes a dark and unexpected turn after an encounter with a beautiful woman in Paris leaves one of them mysteriously afflicted.” It’s nice to see that the found footage genre can still show sparks of originality even in its decline in general quality. ‘Afflicted’, along with British chiller ‘The Borderlands’, manage to use the format itself as a necessary way of telling the tale as opposed to giving the audience thinly veiled excuses as to why any of this needs to be filmed at all.

Afflicted arrives in US theatres and VOD April 4th 2014. 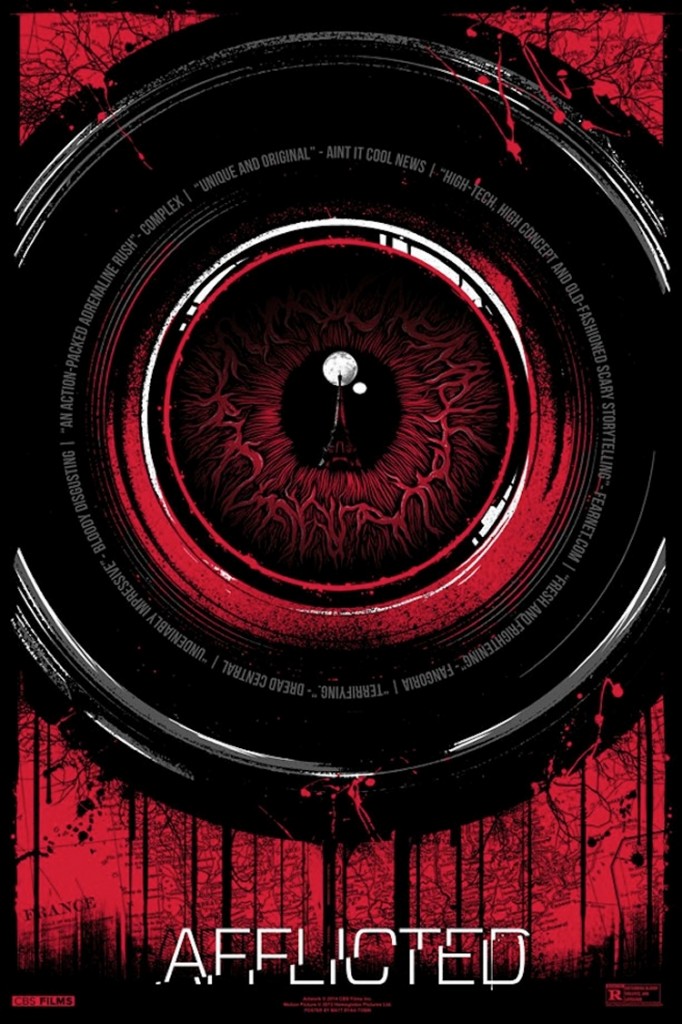