Netflix Unveils Latest Surprise, I Don’t Feel at Home in This World Anymore 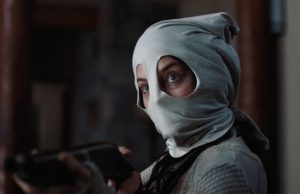 OK, this is now becoming a weekly event, at least. Netflix have sprung yet another surprise genre film on us with this trailer for the upcoming I Don’t Feel at Home in This World Anymore.

Set to premiere this month at Sundance before hitting the streaming giant on February 24th, the film has a stonking cast led by Melanie Lynskey (Heavenly Creatures, Detroit Rock City, XX), Jane Levy (Evil Dead, Don’t Breathe) and Elijah Wood, whose reinvention as a genre hero is going swimmingly thanks to strong performances in Maniac and Open Windows among others. Lynskey plays Ruth, a nursing assistant suffering from depression. After becoming the victim of a break in she finds a new purpose in life, recruiting her obnoxious, martial arts-obsessed neighbour Tony (Wood) to help her track down the thieves. It soon becomes apparent that the degenerate criminals are far more dangerous than just common thieves however, and the would-be vigilantes find themselves way out of their depth. 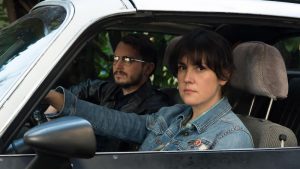 IDFAHITWA was written and directed by Macon Blair, making his directorial debut. Better known for his work in front of the camera, Blair appeared in Jeremy Saulnier’s recent gems Blue Ruin and Green Room.

If the trailer is anything to go by, this is anything but your typical vigilante flick, and could well sit right at the top of Netflix’s current crop of original feature productions.