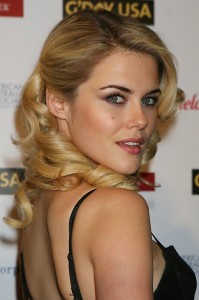 We love a bit of post-apocalyptic thrills and Netflix have acquired Arq, which will be set in a near future where oil has run dry. An engineer (Robbie Amell) is trapped in a house and surrounded by masked intruders, all the while trying to protect a technology that could deliver unlimited technology. However, the technology has created a time loop which means that he is forced to live the same day repeatedly. So, this sounds like The Purge meets China Town meets Groundhog Day? That’s quite the combination.

Time travel is always an interesting concept and when it works it can be a wondrous thing. Take Timecrimes or Predestination, for example; both of which were inventive and unpredictable thrillers that used the concept of time remarkably. However, then we get films like Project Almanac that squander their potential and ultimately fall in to the trap of being too silly.

Arq additionally stars Rachael Taylor (The Darkest Hour, Jessica Jones) and will be directed by Tony Elliott (Orphan Black). The film begins shooting at the end of the year in Toronto.