Netflix is set to bring its second South Korean production to its streaming service in 2018. The first, of course, is Bong Joon-ho’s Okja, which is set to be released on Netflix on 28th June. Titled Kingdom, the zombie series comes from director Kim Seong-hun (A Hard Day, Tunnel) and will be a genre mash of period drama and zombie horror. The story will follow a crown prince who is set out on a mission to investigate a mysterious outbreak which, quite possibly, may see the dead reanimate. But that’s just me having a little guess.

As long as it’s not Pride and Prejudice and Zombies, because that was criminally dull for its intriguing concept, I’m definitely excited to see a period zombie horror. Plus, a Korean zombie horror happened to be one of the best horror films of 2016, so more of that is definitely on my menu. 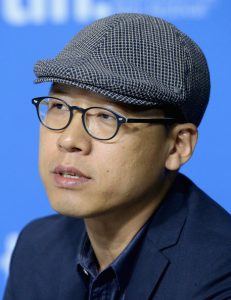 When speaking about Kingdom’s collaboration with Netflix, Seong-hun said:
“I have been working on ‘Kingdom’ since 2011. I wanted to write a story that reflects the fears and anxiety of modern times but explored through the lens of a romantic fascination of the historical Joseon period. Working with Netflix helps us to unlock this creative vision for Kingdom and I am excited to further build this unique story with the director for whom I have tremendous respect”.

Kingdom will be unleashed in 2018.