Netflix Finds Out What Lies Beyond in The Discovery

Netflix has yet another exciting genre production on its 2017 slate, in the form of afterlife chiller The Discovery. With a love story at its centre, the film is set in a world in which the existence of an afterlife has been indisputably proven. Following the revelation, those who are dissatisfied with their lives begin to develop a keenness to get there, sparking mass global suicides. 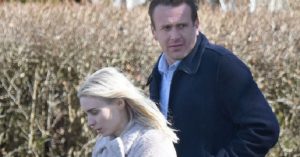 The Discovery is directed by Charlie McDowell, who helmed 2014 indie sci-fi drama The One I Love, as well as a couple of episodes of Mike Judge’s sitcom Silicon Valley. Its big-name cast is led by Jason Segel, Rooney Mara and Robert Redford, with Mad Max: Fury Road’s Riley Keough, Breaking Bad’s Jesse Plemons and The Strain’s Ron Canada co-starring.

The Discovery is set to premiere at the Sundance Film Festival in January.