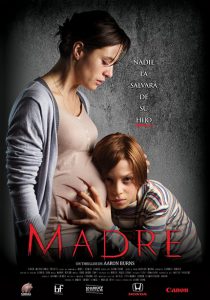 Aaron Burns’ psychological thriller Madre has been nabbed by streaming giant Netflix. The film recently premiered at SXSW festival and will be Burns’ first feature as director. He has previously worked with director Eli Roth (Knock Knock, The Green Inferno) and has starred in The Green Inferno, The Stranger and Fuerzas Especiales.

Madre follows the pregnant Diana Prieto as she cares for her autistic son while her husband works abroad. Diana accepts the help of a caregiver called Luz, but fears Luz is turning her son against her when he starts to improve after learning to speak Filipino.

You can check out the SXSW teaser below, which uses silence to create an unbearable amount of tension. We’re definitely excited to check this one out when it is released, so keep your eyes peeled for a release date.