New Documentary – To Hell & Back: The Kane Hodder Story 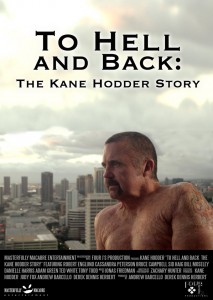 Kane Hodder is among modern horror’s most celebrated and recognisable icons. Despite not donning the hockey mask until the Friday the 13th series’ 7th entry, he quite simply is Jason Voorhees, and has continued to be one of horror’s most prolific actors ever since.

Masterfully Macabre Entertainment has recently launched a crowdfunding campaign to promote their documentary on Hodder’s life, entitled To Hell and Back: The Kane Hodder Story. Donations from the funds raised will go to the Bothin Burn Center, who saved Hodder’s life as well as those of countless others. Read the press release below for all the details.

The campaign sets out to raise at least $50,000 to bring attention to the documentary, engage fans in a variety of events, donate funds to the Bothin Burn Center, and change the public perception from ‘burn victims’ to ‘burn survivors’. The Indiegogo campaign launches on Thursday, April 21, 2016, and runs for 33 days, ending on Tuesday, May 24, 2016.

The Bothin Burn Center in San Francisco, CA, is not only responsible for bringing horror icon Kane Hodder back from the brink of death, but also saving countless lives since opening in 1967. As the first burn center in California, the Bothin Burn Center continuously innovates and treats burns from critical care through rehabilitation. “At the essence of it, we are helping these patients through the most traumatic experience they will have,” said Nurse Paula Fillari, Clinical Director of the Bothin Burn Center. “It’s our job to give the patients back their lives.”

Producer Andrew Barcello added, “As we’ve learned through making this documentary, those affected by burns want to be known as survivors, not merely victims. MME wants to aid in the efforts to further research and education to help those affected.”

In connection with the Indiegogo campaign, Masterfully Macabre Entertainment is announcing the “pull your heart-strings, then cut your head off” documentary To Hell and Back: The Kane Hodder Story. This gripping documentary reveals the struggles and horrific experiences that encapsulate the complex life of Kane Hodder. It is the story of his dehumanizing childhood filled with torment and bullying in Sparks, Nevada, to his adolescence on a small military island through his near-death burn accident and his ultimate rise to the unforgettable horror icon Jason Voorhees in the Friday the 13th movies and the upcoming Friday the 13th video game. With powerhouse performances in over 100 movies, Kane has killed more people on-screen with his hands than anyone in history. He further solidified his iconic killer status by becoming Victor Crowley in the cult classic Hatchet trilogy. “You will go from crying with Kane to being on the edge of your seat, and that’s what we love about it.” (Andrew Barcello, Co-Founder of Masterfully Macabre Entertainment)

The campaign offers staple crowdfunding perks such as Blu-rays, downloads, and merchandise but also features unique experiences like a day on the set with Kane to one-of-a-kind collectibles such as a video call with Kane, Kane writing a custom dating ad, or the “666 package.” Some of the more exclusive perks can only be redeemed by one super fan. Director Derek Dennis Herbert says, “I’m really excited about all the awesome perks we have; one of my favorites is the ‘Killer’s Cut’ edition, where Kane hacks your Blu-ray with a machete!”