NECA has been producing Freddy Krueger figures for years and years but they have certainly outdone themselves with their latest product. Their latest release (pictured below) is labelled “Ultimate Freddy” and it is a deluxe 7-inch figure released later this year.  The “Ultimate Freddy” figure has been created in celebration of the original film’s 30th Anniversary and will be available in September. Features include: three interchangable heads, fully articulated legs, a skin mask and even a a tongue phone! LOL! 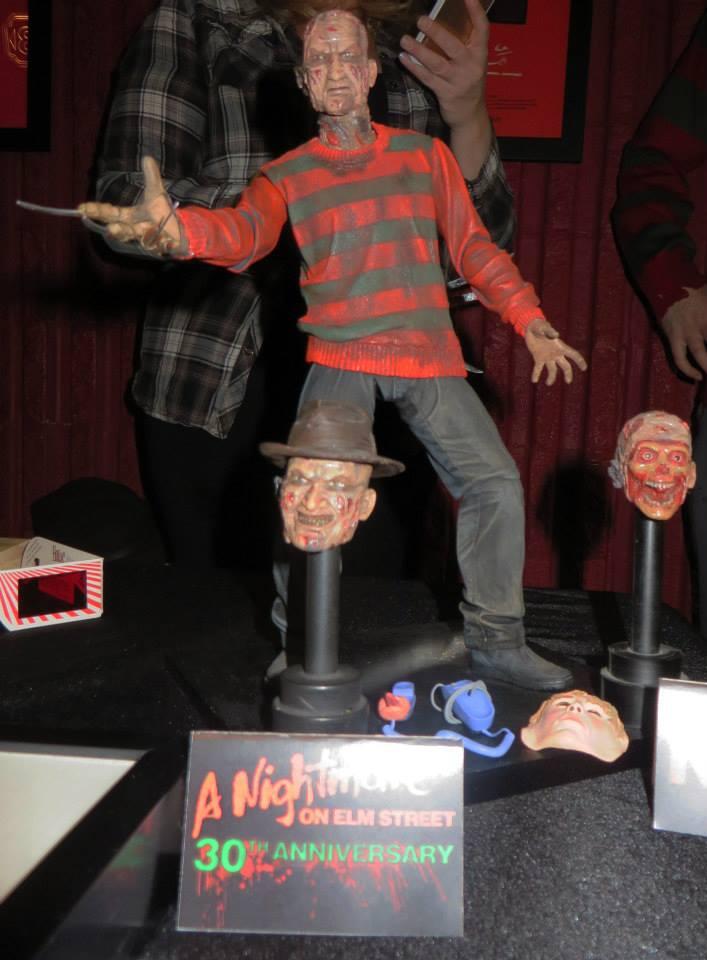