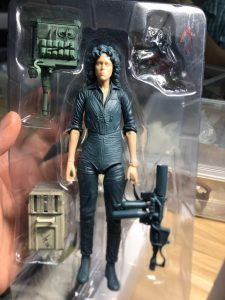 For the 35th anniversary of Ridley Scott’s Alien, NECA released the first Ellen Ripley action figure featuring the likeness and approval of Sigourney Weaver. A few years have passed since then, and advancements in technology have allowed the company to make its figurines even more realistic. That’s why we’re thrilled to hear that NECA will be releasing a brand new Ultimate Ripley action figure next year—and judging by the early prototype pictured below, it’s going to be badass.

Will you be adding this cool collectable to your shelf?