Natalie Dormer is Cast in Revenge-Thriller In Darkness 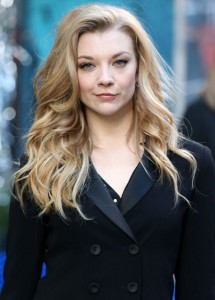 Natalie Dormer from Game of Thrones fame has been cast in an upcoming revenge-thriller called In Darkness. The star will also be in the supernatural-horror The Forest and contagion flick Patient Zero, so she’s doing well at making a name for herself in the horror world.

Synopsis:
The pic centres on a blind musician (Dormer) who gets pulled into London’s dark underbelly after she hears a murder committed in the apartment above her. As she becomes embroiled in this violent and murky world, it appears she is out of her depth — until we realise she has been following her own path of revenge for some time.

In Darkness will be directed by Anthony Byrne, with a script from himself that has been co-written by Dormer. The film’s rights have been acquired by XYZ Films and it will be presented at the upcoming American Film Market to seal some more deals.