Myers In Louisiana For The Filming Of Halloween Returns 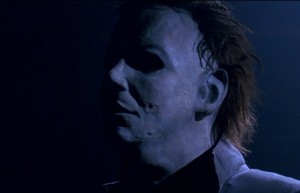 It was recently announced that one of the greatest horror icons, Michael Myers, would be returning to Haddonfield in the latest Halloween film, which they’ve titled Halloween Returns.

Marcus Dunstan will be directing with Patrick Melton (Saw, The Collector, The Collection) who wrote the script, for this addition to the Halloween franchise, although the film will be a stand-alone and not a continuation, reboot or remake.

Although not completely confirmed, it’s set to look like Dimension Films will begin filming on July 15th and it will be set in Louisiana – so if you’re in that area, keep your eyes peeled and doors locked.

The Halloween Returns synopsis is short but sweet, but gives us enough information to get excited:

“Halloween Returns” will pit a new group of Haddonfield youngsters against Myers. The now 18-year-old child of one of Myers’ victims plays a central role along with the child of a cop whose long been obsessed with Myers’ case, even putting it before his own daughter. Myers is now on death row and the two kids with their own personal vendettas against the killer sneak in to watch his execution. But when things go awry and Myers escapes, the pair, along with their friends, find themselves in the firing line.”