We follow the story of two single mothers, Natalie and Sophie, living in small-town North Carolina who during a night out at a bar meet an enigmatic musician known as the Whistler. After a night with him they can barely remember, they wake up bloody, changed forever, … and dead. After learning their fate – that they are now vampires – they leave their small children with Natalie’s mother, tell her to disappear for fear of what they might do, and hit the road.

Natalie and Sophie are both sympathetic characters. They never willingly asked for the life they were thrown into. They are quite different to each other. Sophie is the wilder one, brimming with sexuality, using her enchanting powers to take advantage of men for pleasure. She enjoys the freedoms of her new life to a degree. Natalie is a different story, questioning and yearning, a lost soul. They both feel the ache for their children but Natalie shows more determination to keep them safe and away from their volatile mothers.

We follow them not only on their physical journey, a road trip across the South, but also on their journey of self-discovery, of their curse and the consequences and powers that come with vampirism. One such consequence that leads to both humour and annoyance at times for the ladies is the way that after locking eyes with either one of them, men just fall at their feet (sometimes literally). The relationship between the two women is the cornerstone of the book. Best friends become stuck together, the only companionship for each other while they live on the road and adjust to their new lives and needs. The dynamic changes somewhat when one of them gives in to the thirst and completes her transformation.

There are two strong older matriarchs in the book: Mother who was the vampire who first turned the Whistler and who has traveled with him since and Natalie’s mother, Jess, forced to hit the road herself to protect her grandchild. 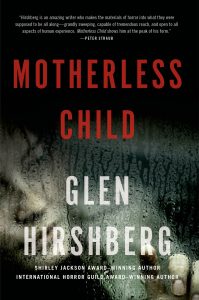 The Whistler is almost childlike despite his many years walking the earth. Restrained and guided by Mother, he sees Natalie as his love and destiny with such simplicity. He is a minor character in contrast to the strong female characters. Mother’s jealousy of his new-found love is powerful and leads her on her own quest for vengeance. There are strong themes of the road, of running and of impassioned searching. The pace of the book quickens as the conclusion nears, a desperate race against time.

This is far from your typical vampire tale, and so different to any that I’ve read. Many of the vampire norms that you come to expect are pleasantly absent. I enjoyed reading about them traveling in sunlight and the consequences of that, seeming much more natural, than the bursting into flames you’d expect. The characters have conscience and humanity. It’s not about killing and feeding, it’s about relationships. This is much more subtle than the books I usually read. It is emotionally charged as the bonds between mother and child, best friends, and lovers are examined and stretched.