Production has begun on the as-yet untitled Saw reboot, and some of the latest casting announcements have got us curious. It’s been confirmed that Samuel L. Jackson has joined the cast, along with Max Minghella (Horns) and Marisol Nichols (Scream 2). 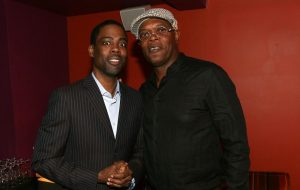 In the film, Chris Rock (who also came up with the concept) stars as a police detective investigating a series of gruesome crimes. Jackson will play Rock’s father, while Minghella and Nichols will play his partner and boss respectively. It’s currently unclear whether Tobin Bell will reprise the role of Jigsaw, but we certainly hope so.

This will be the ninth instalment in the infamous franchise and yes, it will be canon. Darren Lynn Bousman (Saw II-IV) is returning to direct the flick, which will be released on October 23rd, 2020.