In a move not seen since the extensive ARG launched by the Cloverfield franchise in 2008, Warner Brothers has unveiled the Monarch Sciences Website, where those looking forward to the upcoming Godzilla: King of the Monsters can sign up to become Civilian Operatives. The site went live shortly after the first teaser for the film was released at San Diego Comic Con.

Synopsis:
Humanity’s existence hangs in the balance when the mighty Godzilla collides with Mothra, Rodan and the three-headed monster King Ghidorah.

Once you enter the Monarch Sciences Website  you’ll gain access to detailed stats for each beast Godzilla will be attempting to best when King of the Monsters arrives in theaters on May 31st, 2019. We’ve pulled the most pertinent details for you to explore below.

MOTHRA – Height: 52 feet, Wingspan: 803 feet
“Pupal DNA samples suggest a remarkable, multi-stage evolution. On reaching adulthood, Mothra’s gigantic thorax is capable of emitting beta-wave bioluminescence which can be projected through the intricate patterns on its wings and weaponised into blinding ‘god rays’. As one of the deadliest and most beautiful natural phenomena in Earth’s history, no wonder this devastating guardian angel was worshipped as a goddess by the ancient human civilisations blessed to witness her.”

RODAN – Height: 154 feet, Wingspan: 871 feet
Rodan’s wings are wrapped around its body in stasis, but our cryptos estimate a wingspan big enough to create a sonic thunderclap capable of levelling entire cities as it flies overhead. RF-Capture scans reveal that Rodan’s skin is not made of rock, but does have an outer dermis of sharp volcanic sediment collected from centuries of dormancy. Sci-ops theorises the vulcanised appearance of its skin may be an evolutionary trait developed as a form of camouflage against mountain or large rock formations. Truly, a Titan forged in fire.”

Muscle tendons on the wings are so hyper-tensile that their massive aerodynamics could generate hurricane-force winds when in flight. Coupled with its body’s electro-receptor molecular biology capable of conducting electrical currents, water vapour in the air would be heated at extreme levels creating its own localised storm system as it travels. Simply put, if Monster Zero were to fly again, the stratosphere would be torn open by an otherworldly tempest of thunder and lightning our sky has never seen. Cryptolinguistics has analysed translations of every worldwide case study of Monster Zero in the Monarch database across tens of thousands of years. The ancients called it Ghidorah.” 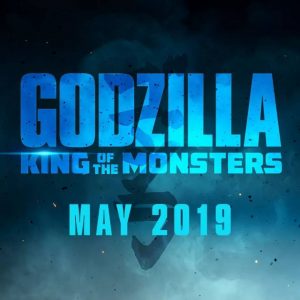 Godzilla: King of the Monsters is directed by Michael Dougherty and stars Bradley Whitford, Millie Bobby Brown, and Vera Farmiga. It’s a sequel to both 2014’s Godzilla and 2017’s Kong: Skull Island and paves the way for a final epic throw-down in Godzilla vs Kong in 2020.