The Mist Rolls In With First Trailer

With the premiere date still a couple of months off, the first trailer has arrived for Spike TV’s upcoming adaptation of Stephen King’s The Mist.

We’re expecting something pretty different from Frank Darabont’s moody 2007 adap of King’s 1980 novella, and the visuals on display here mostly seem to back that up, although a couple of shots of people disappearing into the mist recall moments from the film. The folk behind the project are however, keeping Darabont’s acclaimed film in mind, with executive producer Christian Torpe saying back in January that “…we talk about it as doing the ‘Fargo’ approach, where the movie and the TV show is the same, but it’s different. It’s like a weird, twisted cousin to the original source material.” 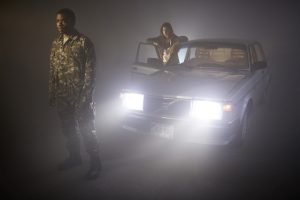 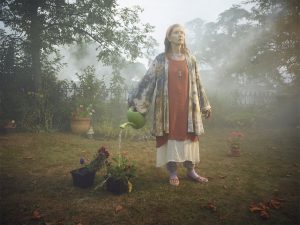 Rather than the enclosed space of the supermarket where the bulk of the action takes place in Darabont’s film, Spike’s series will follow a number of scattered groups of people struggling to survive. Morgan Spector plays Kevin Copeland, who is cut off from his wife Eve (Alyssa Sutherland), who is trapped in a mall with their daughter and the man who raped her; Okezie Morro plays amnesia-sufferer Jonah who struggles to find allies; and Frances Conroy plays Natalie, whose theories about the origin of the mist lead to conflict with her small community of survivors. 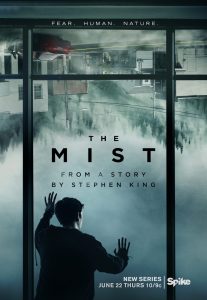 Synopsis:
The Mist centres around a small town family that is torn apart by a brutal crime. As they deal with the fallout, an eerie mist rolls in, suddenly cutting them off from the rest of the world and, in some cases, each other. Family, friends, and adversaries become strange bedfellows, battling the mysterious mist and its threats, fighting to maintain morality and sanity as the rules of society break down.

The Mist debuts on Spike TV on Thursday, June 22nd at 10pm.