Mike Colter Signs on to Fight Aliens in Extinction 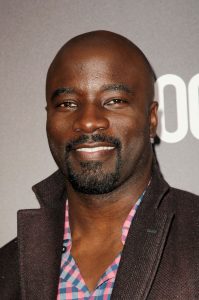 Mike Colter, the star of Marvel’s Netflix series Luke Cage, has signed on to fight aliens in Universal’s sci-fi thriller Extinction. He joins the cast that already stars Michael Pena and Lizzie Caplan. In the film he will play the role of Caplan’s wife and the story will follow a man – supposedly Colter – as he tries to save his family during an alien invasion. Additionally, a robot with human emotions is recruited to help fight the extra-terrestrials, so that’ll be interesting..

Eric Heisserer (Arrival) has written the final script, but Spenser Cohen and Brad Kane wrote an early edition, which is to be directed by Hounds of Love’s Ben Young. Hounds of Love was an acclaimed crime drama, so we’re very much looking forward to seeing what the director can bring to a tale of invasion, rather than abduction.

Extinction will be unleashed on 28th January 2018.