We are drawn to anything and everything that Mike Flangan is attached to and that includes the upcoming 10-episode series adaptation of The Haunting of Hill House that he is writing, directing and executive producing. 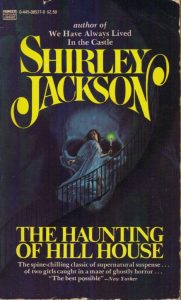 The series, which will be heading to Netflix later this year, has now cast Game of Thrones’ Michiel Huisman. Huisman will be playing the character of Steven Crane, a published horror writer whose memoir includes details about his family’s time at Hill House.

The Haunting of Hill House will be a re-imagining of the story written by Shirley Jackson and will be the third of its kind. Despite being the first TV-format re-telling, previous versions of the story were told in the 1963 and 1999 films, both titled The Haunting.

Admittedly, I’ve not read the book or seen the 1963 version, but I will hold my hands up and say that the 1999 version was fabulously entertaining. I haven’t seen it in over 10 years, but I’m sure it still holds up… Right?

Keep your eyes peeled for more casting announcements. Hopefully we’ll get some images or a trailer soon.