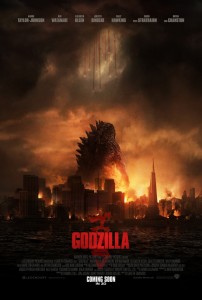 Director Michael Doughtery (Trick ‘r Treat, Krampus) has signed on to pen the script for Godzilla 2 with Zach Shields, a co-writer of Krampus. The directors’ spot is still vacant with Gareth Edwards no longer attached to direct, so watch this space to see who’s announced to fill that position. Doughtery himself wouldn’t be a bad decision, but we’re more excited about the prospect of a Trick ‘r Treat 2 which, according to IMDb is sort of in the works. No official news about that yet, so keep your fingers crossed horror holiday fans!

Godzilla 2 is set to hit cinemas on 22nd March 2019, with Godzilla vs Kong to be released on 29th May 2020. Kong: Skull Island will arrive before them both on 10th March 2017. These films come part of Legendary Pictures and Warner Bros plan for a King Kong and Godzilla shared universe. Check out the exciting trailer for Kong: Skull Island below.