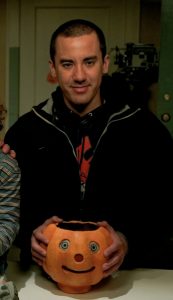 At the end of last year it was announced that Krampus co-writers Michael Dougherty and Zach Shields would be penning the script for the sequel to Gareth Edwards’ Godzilla. It has now been announced that Dougherty will also be directing the sequel! This was something we believed wuld happen, but we’re happy that Legendary have now chosen Dougherty as their man.

Dougherty proved with Krampus that he can direct a monster a movie, so it’s no surprise to see Legendary extending their offer to direct Godzilla 2. After his initial fan-fave Trick ‘r Treat, Dougherty has become a household name in the horror community, so we’re excited to see him fanning out to reach an even greater audience.