MEN BEHIND THE SUN: Film Review 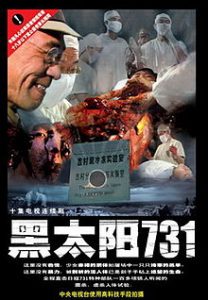 Synopsis:
During World War two, a small battalion of adolescent soldiers is dispatched to a biological weapons testing facility operated by Unit 731. There, amidst human experimentation, they are indoctrinated into the ideology of the regime they serve.

“Friendship is friendship, history is history.” These are the words that appear at the beginning of Men Behind The Sun. Chinese director T.F. Mou’s 1988 film is considered by many to be one of the most graphic and controversial ever made. As the opening suggests, it is history, and a visceral depiction of one of its most heinous subjects: the war crimes of Unit 731. When one culls through the annals of viscous atrocities committed in the 20th century, this bleak chapter sometimes goes overlooked, and even forgotten. If The Birth Of A Nation wrote history with lightning, Men Behind The Sun recreates the subject with the ferocity and accuracy of a napalm strike. It’s honest in its message, and shocking in its presentation.

Unit 731 was established by Japan in 1935 on the outskirts of Harbin in Northeastern China during the Second World War. Throughout most of its operational years, it was under the command of General Shiro Ishi. The unit’s intention was to further research in biological warfare and conventional weaponry. What it performed were crimes that seem impossible to comprehend. Experiments were conducted with frostbite, bubonic plague, and various forms of disease. Live vivisections were also performed on victims without anaesthesia, and these were all carried out at the expense of human life. Chinese prisoners, referred to by the Japanese as maruta, (roughly translating to ‘log’ to ) were the living test subjects for these inhumane operations. Aside from being some of the most barbaric in history, they also would go unpunished at the wars end. Ishii himself would avoid prosecution, bargaining the data he had recorded at the expense of others for his own life.

Mou’s film sits on the cusp in-between period piece and exploitation, and is often relegated to the latter of the two categories. The imagery of experimentation and human suffering, explicit as it may be, offers up a first hand glimpse into a factory of death. Scenes of frostbite victims having their flesh ripped from their arms, and others gassed alive are enough to elicit a shocking response from anyone watching. Men Behind The Sun is completely devoid of a soundtrack, and has an almost ‘fly on the wall’ approach to it. The attention to detail regarding the crimes, the compound, and the rest of the events that transpire are uncanny in their accuracy. (IE—Many veterans who were at the camp have come forward and attested to this, as did people who lived in the surrounding area.)

At the same time, it doesn’t restrict itself to simply being a reenactment of genocide. A good portion of the story focuses on the indoctrination of youth into ideology. Just as the title suggests, we’re presented with a study of the people who were behind the crimes of Unit 731. Mou’s portrayal of General Ishi and his staff is a reminder that these were the actions of human beings, and educated ones at that. Throughout the course of the film, they never behave like savages, sadists, or criminals. They possess the complacency of someone doing their job, and nothing else. 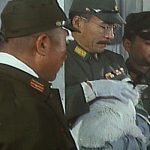 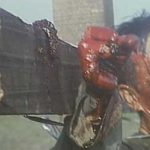 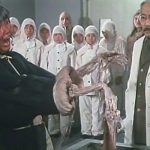 At the opposite end of the spectrum, the film treats the prisoners just as their captors did. Stripping away any humanity, they serve as the means to justify the ends. None of them are given names, and are referred to as maruta for the entire duration. Opting to show the point of view from the oppressors, Mou forces us to confront the past, head on.

It all comes down to is this; Men Behind The Sun is a provocative film, and an honest statement about one of the worst aspects of humanity. That’s its intention, to provoke a response. Mou would return in 1995 with a follow up, Black Sun: Nanking Massacre, which retold another aspect of the Japanese occupation in equally graphic detail. Plans for a third instalment have been in the works for years, but nothing’s come as of yet. If it ever does, the world will be confronted with horror we can’t ignore.