It seems as though things are finally moving along nicely for Brian Henson’s long-gestating (and very promising) R-rated puppet comedy-thriller The Happytime Murders, which has been in on-and-off development for some five years. STX Entertainment announced on Tuesday that Melissa McCarthy will both star in and produce the film, and it seems she’s pretty excited about it.

Los Angeles’ seedy underbelly provides the setting for the dark comedy, which paints a world in which puppets and humans coexist. As the former cast of beloved puppet show The Happytime Gang begin meeting brutal ends, two detectives – one human, one puppet – are assigned to find the killer. But first they have to learn to work together. Jamie Foxx is strongly rumoured to be playing the human half of the duo.

The Happytime Murders is set to go into production this August under The Jim Henson Company’s Henson Alternative banner, with On The Day Productions and STX Films. Director Brian Henson will also produce, alongside McCarthy, Jeffrey Hayes, and Ben Falcone. In the meantime, here are some pieces of concept art that appeared a while back. 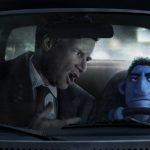 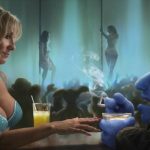 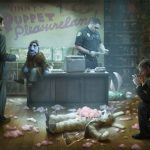