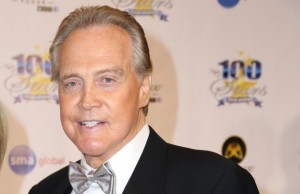 It’s fair to say that the Ash Vs Evil Dead series has been a success. While season 1’s episodes varied a little in quality and tone, Ash has remained as groovy as ever, and when it’s good, it’s really good. The big news regarding season 2 of Starz’s series is that viewers will get to meet Brock Williams, Ash’s father. The bigger news is that he will be played by the Six Million Dollar Man himself, Lee Majors. Besides his iconic role as Steve Austin, Majors is also remembered for cult ‘80s series The Fall Guy.

But wait, as they say, there’s more. Season 2 will also introduce Ash’s childhood best friend Chet Kaminski, played by none other than Ted Raimi. A cult horror actor and brother of Evil Dead creator Sam, it seems only right that Ted appears in the show, having appeared to varying degrees in all three original Evil Dead films, not to mention a number of his sibling’s other works.

Season 2 of Ash Vs Evil Dead will consist of 10 half-hour episodes, and will hit screens later this year.