With the feature adaptation of Stephen King’s The Dark Tower series currently shooting, we can now get our first glimpse of Matthew McConaughey as lead antagonist The Man in Black. The onset shots appeared online over the weekend, and show the Oscar-winner in full costume, complete with claw-like fingernails. 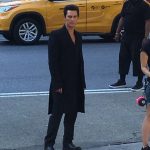 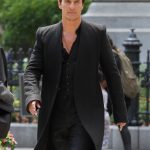 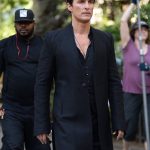 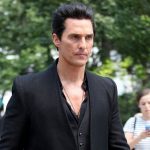 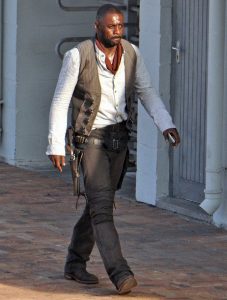 The Dark Tower has had a long and turbulent journey to the screen, with Ron Howard attached to direct for several years, and the project seemingly halted for good a year or two back. Howard remains as a producer on the film, alongside Brian Grazer, Akiva Goldman and Erica Hughes, with A Royal Affair director Nikolaj Arcel at the helm. Arcel has a proven track record adapting books to the screen, having co-wrote the script for 2009’s The Girl with the Dragon Tattoo.

McConaughey stars opposite Idris Elba, who plays The Gunslinger Roland Deschain and was shown in costume in set pics that appeared a few weeks back. Mad Max: Fury Road’s Abbey Lee will play the mysterious and dangerous Tirana, with genre regular Jackie Earle Haley as Vampire leader Sayre.

Expect more images and snippets of info to appear from the set between now and the film’s release, scheduled for February 17th, 2017.