Matthew McConaughey in Talks to Star in The Dark Tower Adaptation 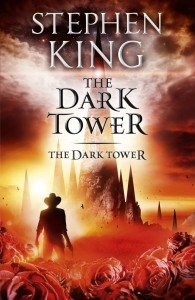 Oscar-winning actor Matthew McConaughey is currently in talks to star in an adaptation of Stephen King’s Novel The Dark Tower. He was originally sought after to play the role of Randall Flagg – a recurring protagonist in King’s novels including The Dark Tower – however, it could now be possible that McConaughey will play the story’s villain Walter Padick AKA The Man in Black.

The ball is apparently in McConaughey’s court as he has the script in his possession and it is up to him to choose which character he wants to play – if any. The actor is one of few A-listers who are yet to join a film franchise, but if all goes well, he could be committing himself to a set of films that embrace elements of horror and fantasy.

The Dark Tower follows a gunslinger who is on a quest to locate The Dark Tower, in the hope of saving the universe from an evil that threatens its existence.