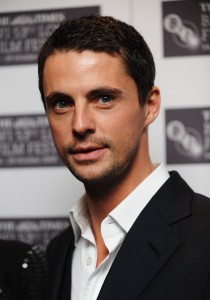 Matthew Goode, from Stoker and Downton Abbey fame, has joined the cast of Roadside Picnic, a sci-fi series for WGN America. The network is home to the fantasy thriller Salem, which is set to air its third season later this year and also Outsiders, which recently secured a renewal for a second season.

Roadside Picnic is an alien saga that is based on the novel written by the Strugatsky Brothers. The story follows a future where aliens have been and gone from the earth, leaving humankind to explore the world that they have left behind. WGN have only ordered a pilot of the show so far, and it has been written by Jack Paglen (Transcendence, Alien: Covenant) and Alan Taylor (Terminator: Genisys) will be directing.

Roadside Picnic was originally published in 1972 and received a film adaptation in 1979 from Andrei Tarkovsky titled Stalker. That title comes from the character “stalker” who illegally ventures into the zone previously occupied by the aliens and scavenges for the remains of their culture.

A world after an alien invasion certainly sounds like an interesting and intriguing concept. It has the potential to work well in a TV format, because it would give the show the opportunity to explore a variety of different character perspectives over a long period of time. Colour us excited!