Mary Harron (American Psycho) is currently working on Charlie Says, a biographical crime-drama about the women who were sentenced to death during the infamous Charles Manson case. The script has been written by American Psycho scribe Guinevere Turner and is inspired by the novels The Long Prison Journey of Leslie van Houten: Life Beyond the Cult and The Family. 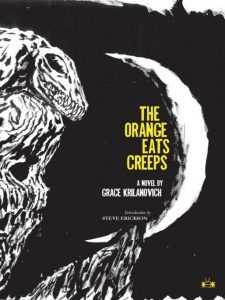 Harron has also spoken about her next project, which will be an adaptation of the novel The Orange Eats Creeps by Grace Krilanovich. The story follows a group of homeless teenagers, that may or may not be vampire junkies. When speaking about the project, Harron said:
“It’s a very underground, experimental novel that I thought was interesting. […] Young people travelling around the northeast [of America], living around the highways.”

With Harron also in the pre-production stage of Dali Land, we don’t expect to see anything from this for a while, but certainly keep an eye out for more as it comes.