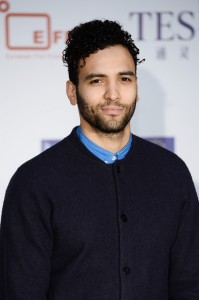 Dutch actor Marwan Kenzari (Penoza, Collide) has joined the cast of the already star-studded reboot of Universal’s The Mummy. Sofia Boutella (Monsters: Dark Continent, Kingsman: The Secret Service ) has nabbed the title role and alongside her is Tom Cruise as Tyler Bolt, and Annabelle Wallis (Annabelle) as a currently un-named scientist.

Kenzari is most widely known for his role in Loft which received a remake in the USA in 2014. However, he is yet to breakthrough in America, but his role in The Promise – alongside Oscar Isaac and Christian Bale – could bring him into the spotlight.

The Mummy is set to hit our screens on 7th June 2017 and comes from director Alex Kurtzman (People Like Us) and writer Jon Spaihts (Prometheus, Van Helsing, Doctor Strange).